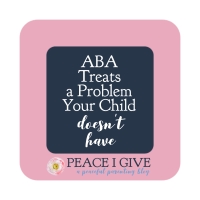 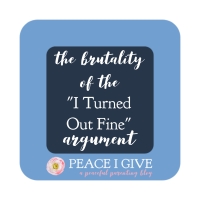 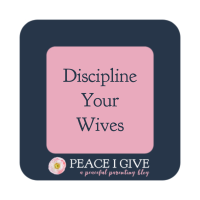 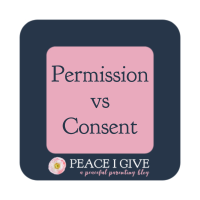 This past week, a friend found herself with a dilemma. Her parents had given her child a police toy to play with and it made her uncomfortable. I’ve been thinking about her dilemma, because I’ve faced it too. As someone who works toward being conscious and conscientious about the decisions I make as a parent, issues like this require a lot of consideration. I don’t know what the right answer is, but I know what my husband and I have decided.

Our perception of the police is complicated. As a Black man, my husband has been targeted by the police over the course of his life. I have been in the car when he’s been pulled over for no reason and let go as the officer refused to state clearly why we had been bothered. I support the cause of Black Lives Matter and I believe in the use of civil disobedience to protest the egregious treatment of Black people at the hands of the state. I believe that the police are agents of the state issued forth to carry out the dictates of a white supremacist culture. That is the reality we’re living in.

So, why on earth would I allow police imagery in my home? Because while I support defunding and de-militarizing the police, as well as reallocating monies toward community building, I also recognize that even if we could achieve the extinction of poverty, racism, sexism, homophobia, and the like, people would still find ways to hate and to hurt. We will always need some form of refereeing in order to live in concert with one another. That much is true, but policing in its current state does not serve the common good and should be revolutionized.

As I thought about this crisis of conscious, I was reminded of the time my mother brought us a white-centric board book version of the Thanksgiving story. In that moment, I had to make a split second decision. Do I stop her and tell her not to read such a thing in front of my children? I did consider it, but ultimately, I sat as she read and I corrected everything that was wrong. I stopped her every few lines to provide accurate information and appropriate terminology. That is the spirit with which my husband and I interact with the word. We acknowledge the things that aren’t right but, instead of ignoring them, we address them.

When my kids want to watch shows that contain police imagery, I don’t stop them. And, when they receive gifts like Paw Patrol toys, I don’t ban them. Not because I consent to violence, but because proscribing these symbols of tyranny does not eliminate them. It curtails important conversations about them. The police are everywhere. My husband and I have to teach our kids how to interact with them so as not to be killed. We have to explain how members of our community who are kind and care for our kids could be part of a cruel, racist system. We have to help them forge a vision of a future where policing is far less destructive and less necessary. And, we have to give them the space they need to process all of these huge and heavy ideas. Our kids will likely eschew the police in the future, of their own accord. For now, we’re working through concepts that are awfully big for people so new to the world.

So, we won’t go out of our way to expose our children to police shows or toys and we won’t ever buy any. We won’t criticize people whose solution is to ban police images from their homes, as doing so is a completely understandable and valid form of protest. But, we will use the organic opportunities presented to us through curiosity and play to counter the glorification of the police and we will offer, as an alternative, the goal of widespread liberation for Black people from the oppression of law enforcement and criminal justice.

I’m curious how you work through difficult concepts and what you do in your home?